A Sweet Example of the Power Of Automated Trading

ZM was very strong, and it was about to break the day's high.  I set up a Quick Trade to enter on the next break of a five-minute candle.  And I used our newly implemented exit strategy (still in stealth mode).

The trade really didn't play out as I had hoped.  There was no second leg up.  Basically, it blipped over the high of the day and reversed pretty hard. 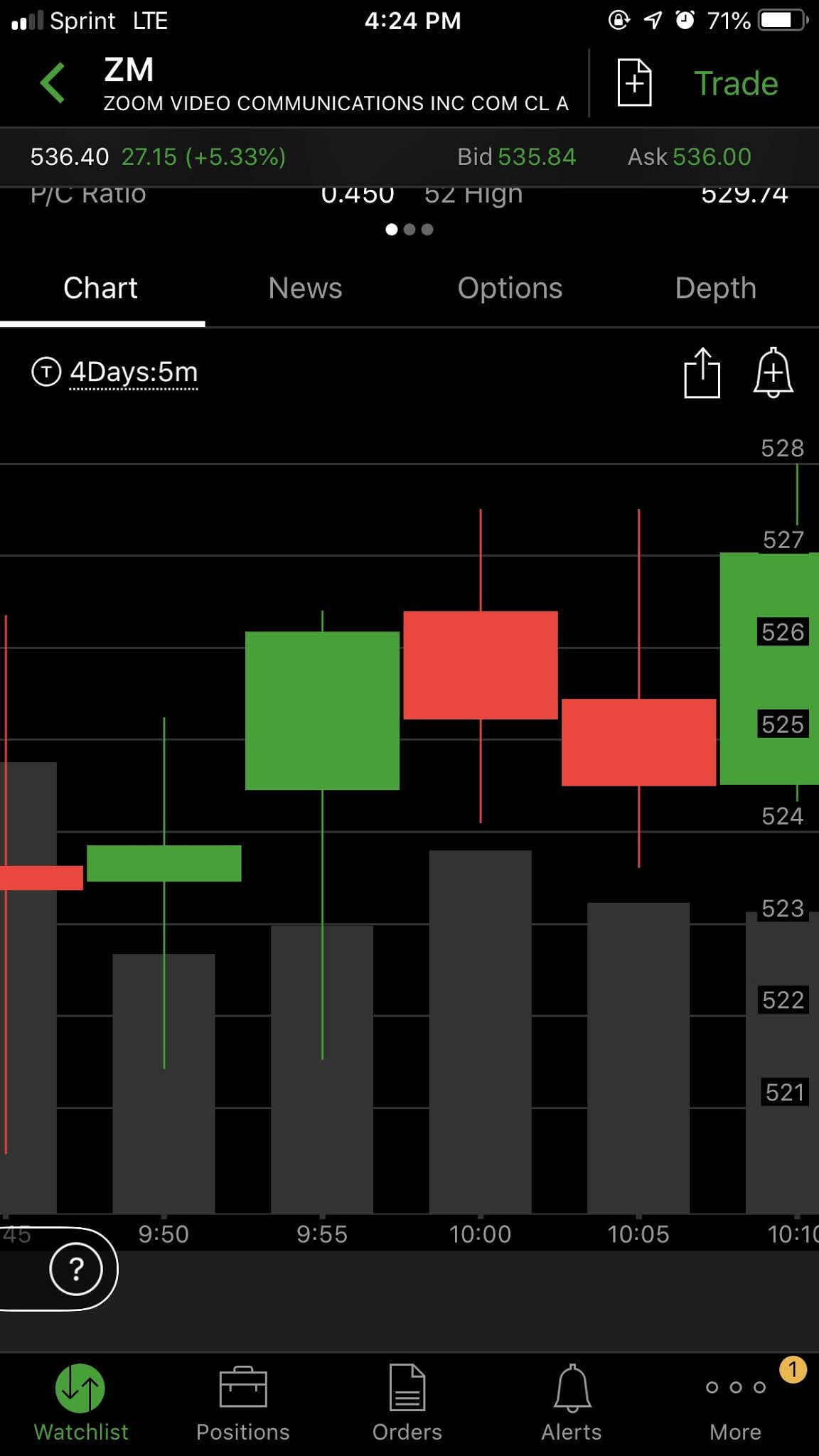 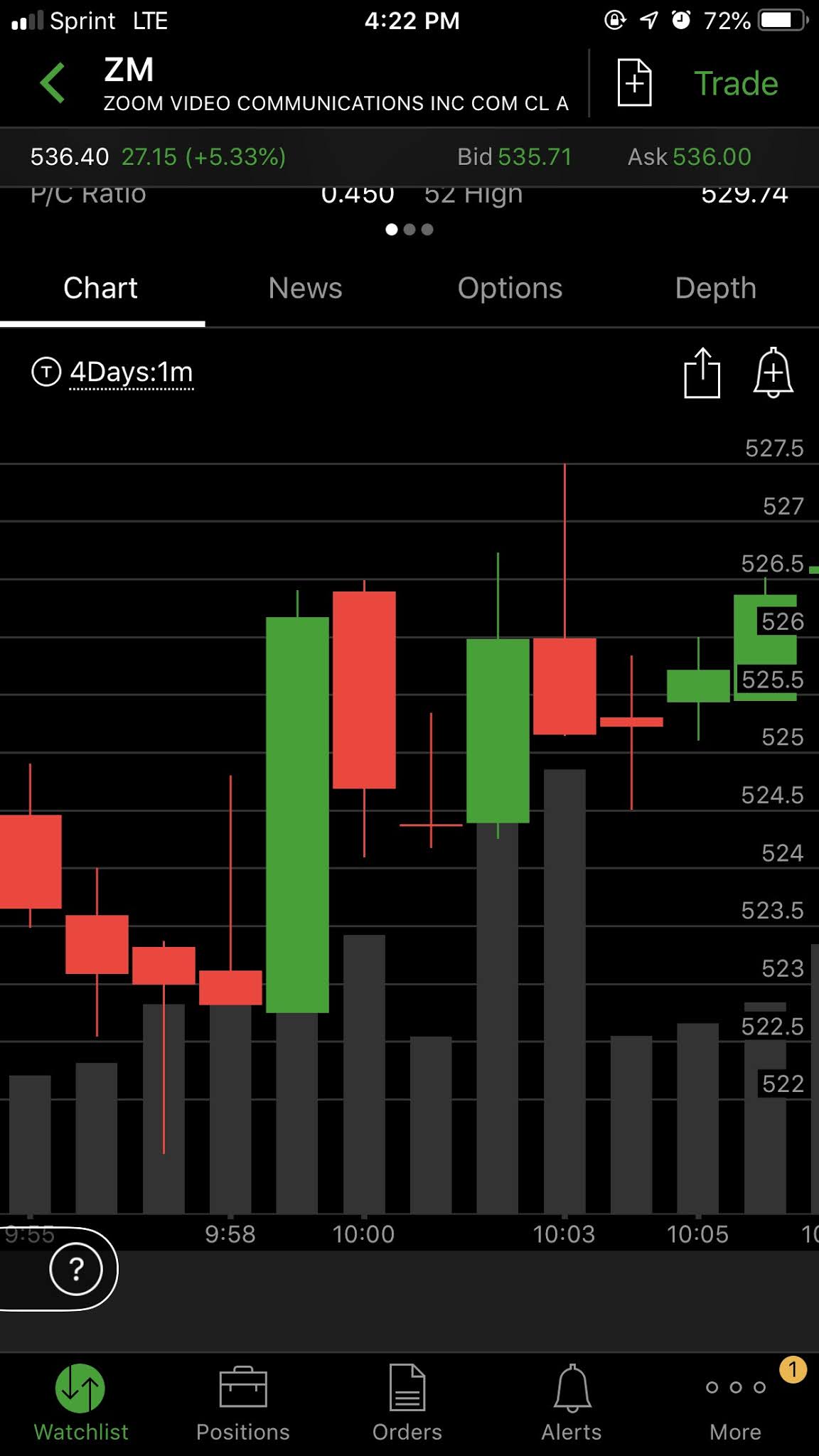 The sweet part was the way Trade Unafraid managed the position.  In a matter of twelve seconds, the trade was entered, six targets were reached, and the remainder of the position exited on a trailing stop.

There were actually two speedy trades in ZM today.  The earlier one hit two targets and exited in two seconds.

No way to do these things manually.  Only software can do this. 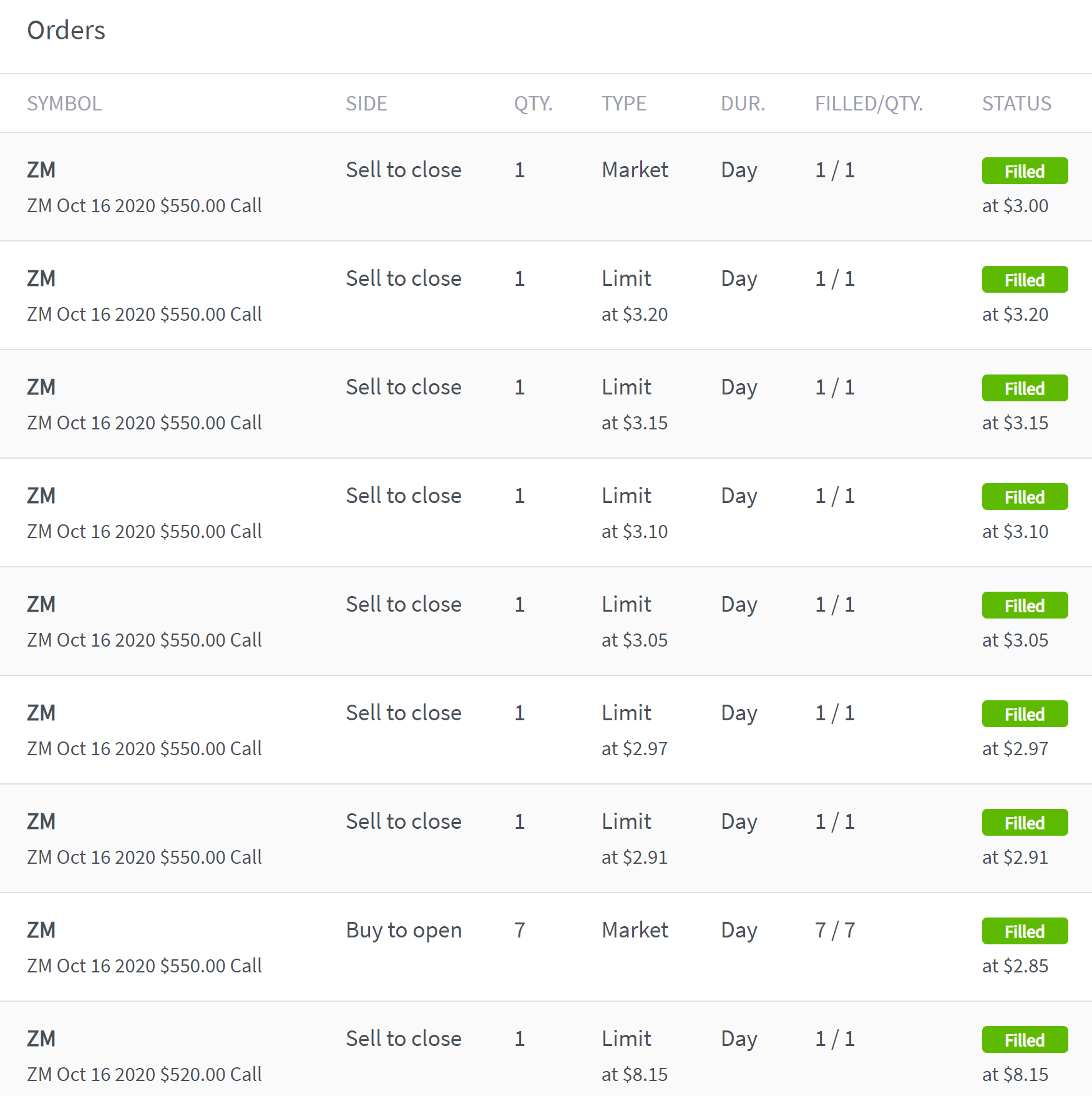