Apple pulled a fast one this morning.  It looked like a solid one-and-done.  Strong move down in the first minute, closing nearing the low of the candle.

Unfortunately for me, it broke the low, got me in puts, and did a quick reversal.  Price never reached my first target.

What's worth pointing out, though, is the Green-to-Red (GTR) tactic that exited the trade quicker than hitting a max stop or waiting for a candle trail.  There are two versions of GTR, one that detects candle reversals, and one that detects P&L reversals.  They both exist to prevent winners from turning into big losers.

Because price went my way at first and then quickly reversed, the tactic detected the trade quickly going the wrong direction and stepped in to limit losses. 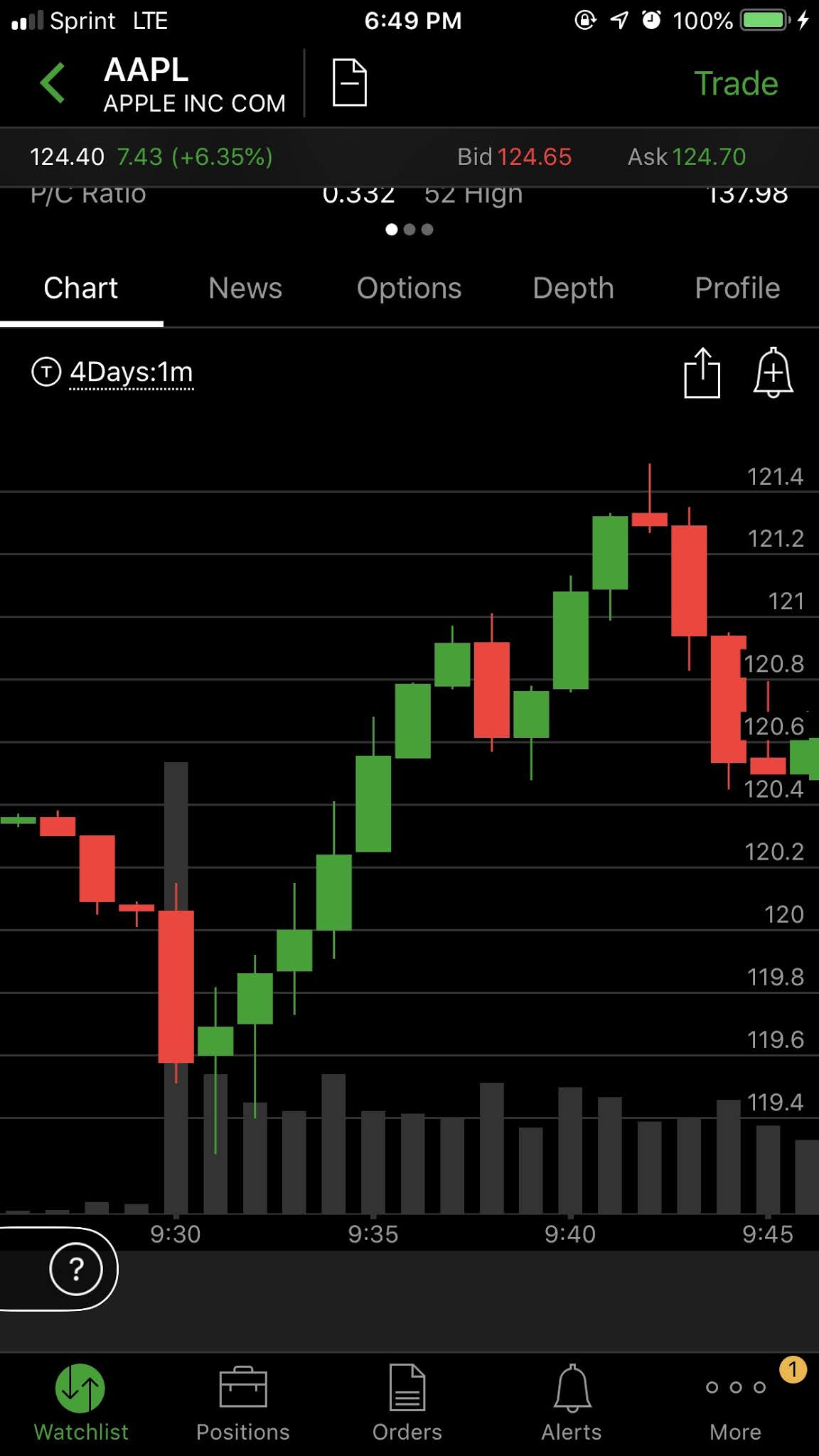 Note the GREEN_TO_RED_CANDLES tactic that caused Trade Unafraid to flatten the position.

It was an unfortunate loss of $147, but it could have been much worse.  Rather than holding the trade until the dollar-based stop loss or the one-minute candle stop kicked in, the software detected a strong reversal and exited early.