Posted by Trade Unafraid on June 29, 2020
Boeing is a notoriously difficult name to trade.  So I was eager to give it a shot with Trade Unafraid.
BA was very strong today, so when it pulled back to the five-minute 8EMA, I set up for a KYL8, including the one-minute candle break for confirmation. 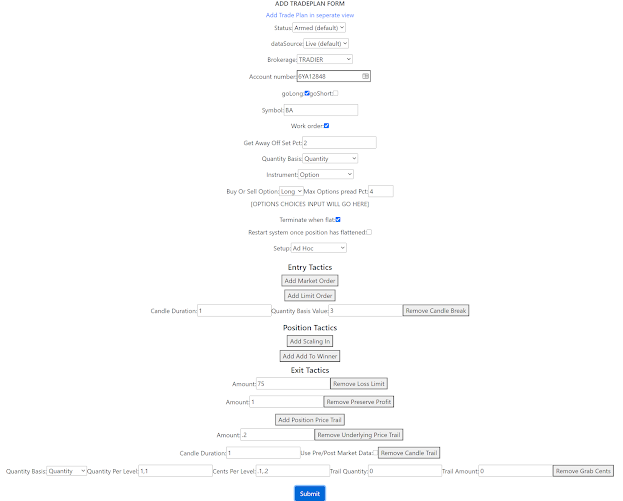 I wasn't going to hang around for too long, since BA can easily turn on you.  I took ten cents on the first contract, 20 cents on the second, and I left a runner.  I was risking $75 if things went completely wrong, but if I made money on the first contract, I set the Preserve Profit to prevent a winner from turning into a loser.
The one-minute break is a really nice thing to automate.  I set this trade up and didn't have to watch it while BA price bounced around.  The next time that price broke the previous one-minute candle's high got me in, and within fourteen seconds, my first two price targets were hit.  Fortunately, the underlying price trail kicked in, because BA reversed direction soon after that. 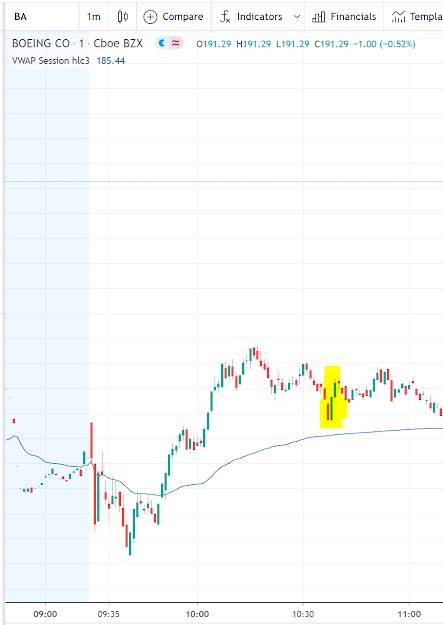 For something as quick and challenging to trade as Boeing, this was a quick and easy $66.
I challenge anyone to set those exits and sell those three contracts by hand in a regular trading platform the way that this software did it.
Here are the four BA trades in the Tradier dashboard. 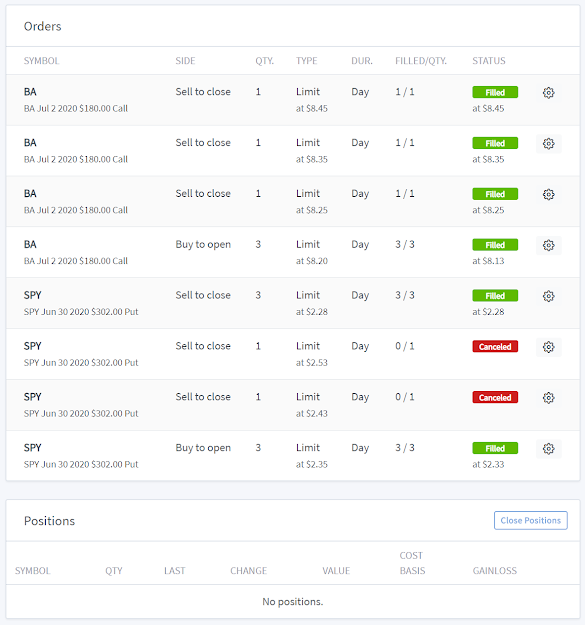 This second trade is another example of forcing a trade just for your viewing pleasure.
And maybe also to thoroughly test the software under battle conditions.
I had no real reason for this trade other than anticipating a strong close (thank you, David Frost).  Not being eager to just jump in, I set up a five-minute candle break, so that price would at least have to confirm that it was trying to move higher.
Since this was very much a forced trade, I set it up to sell half the contracts at a ten-cent profit. 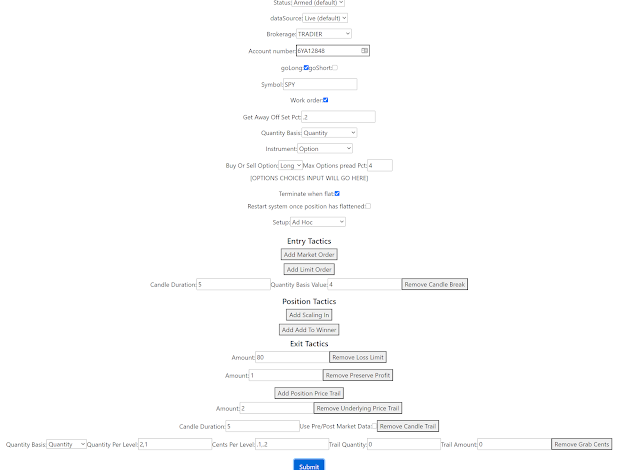 After about two-and-a-half minutes, we hit our first target.  But price was just hanging around acting very noncommittal.  It looked like it wanted to come back down and turn my winner into a loser.  Now, I already had the preserve profit exit working.  But I had not yet tested the flatten button.  So, I manually clicked the flatten button to exit the position, just to make sure that was working under live conditions the way that it has in testing.  And it worked fine.

And we booked another profit of $30 on a very mediocre trade. 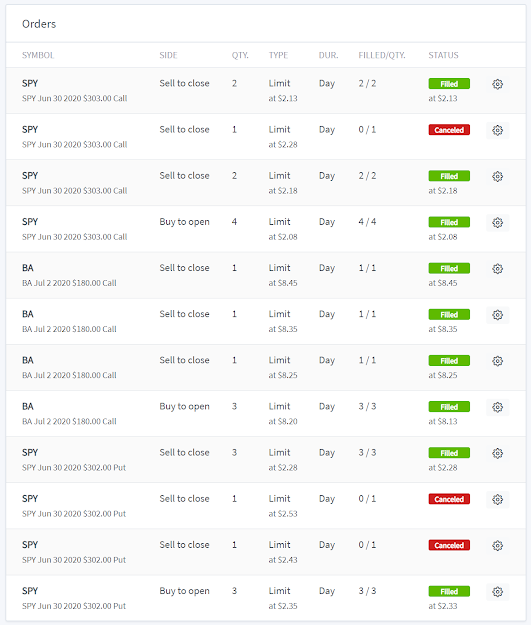