Posted by Trade Unafraid on July 08, 2020
Mark Melnick's One-and-Done is a very powerful strategy.  It has a very high winning percentage.
Unfortunately, it only happens once a day, and it's virtually impossible to trade more than one.  By hand, anyway.  And if you happen to be watching the wrong stock, you might miss out completely.
With software, however, it's a whole different ballgame.  We set up three today.  Don't worry, we'll increase that number.  ;-)
Keep in mind, we are still in testing mode, so we're trading small, finding and fixing bugs, adding enhancements, every day.
The thing to pay attention to is successful trades, limited losses, and filtering out bad setups.  Trade size will come as our confidence in the platform continues to grow.
AAPL One-and-Done - $60

This trade might have been done by hand, which is what members of Mark's room do every day.  The thing you always have to be prepared for is if price moves against you.  How quickly can you manually change your target orders into safe, small losses?  It's hectic and stressful and error-prone.  Much easier to let the robot trade it for you. 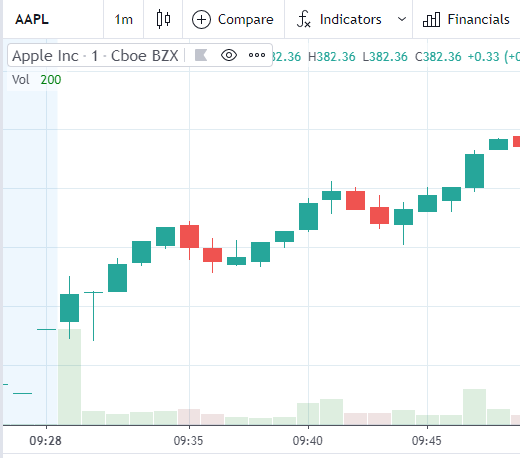 We entered three calls when AAPL broke the high of the 9:31 candle.

We took 10 cents on the first contract 20 seconds later

We took 25 cents on the next contract 25 seconds later.

We left a runner that didn’t exit until the 9:35 candle came down and stopped us out.

This was a tricky one.  Price barely reached the first target, and then it reversed pretty hard.  Doing anything but losing money would have been really tough to do if trading manually. 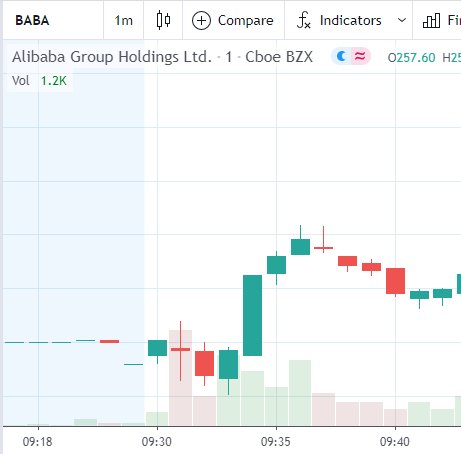 We entered three calls when BABA broke the high of the 9:30 candle.  It was really a head-fake.

We took 10 cents on one contract 5 seconds after entry, but price reversed really quickly.

Fortunately, our preserve profit tactic was able to exit the entire position before things got ugly.

Our filters include a close higher than the open on the first candle when trading long, as well as the close being in the top 75% of the candle range.  Both filters failed on WMT this morning, so this setup was automatically rejected.  No trade.  Thankfully. 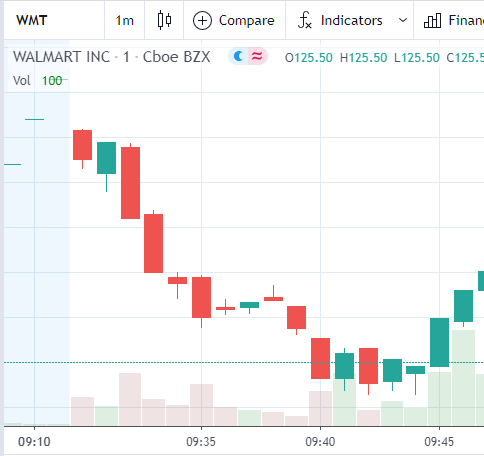