Look What I Found!

It's funny.  Every morning, I set up a dozen or so one-and-done's, knowing that most of them will filter out.  I usually only have one or two that actually trade.  So, this morning, I saw one small trade in AAPL, lots of others filter out, and I thought that was the end of it.  But it wasn't.

But that's the beauty of setting up a trade plan and following it with perfect discipline and zero emotions.

And you can't have emotions about a trade when you don't even know you're in it.  ;-) 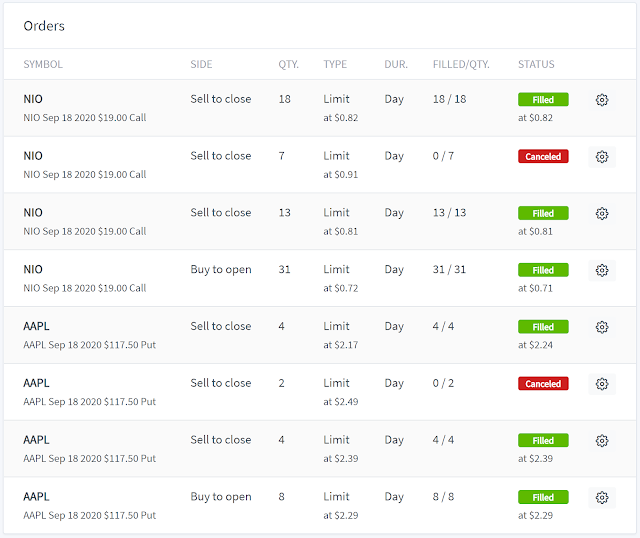