Poor grammar, admittedly.  But trading fastly can make the difference between winning and losing.

Mark Melnick called a trade in FSLY this morning, and I joined him.  It was a vicious pop and drop.  He said he lost $100, but Trade Unafraid managed to make $96.  It was purely due to the amazing speed of the software.  No one could do this manually.  Look at the exit times. 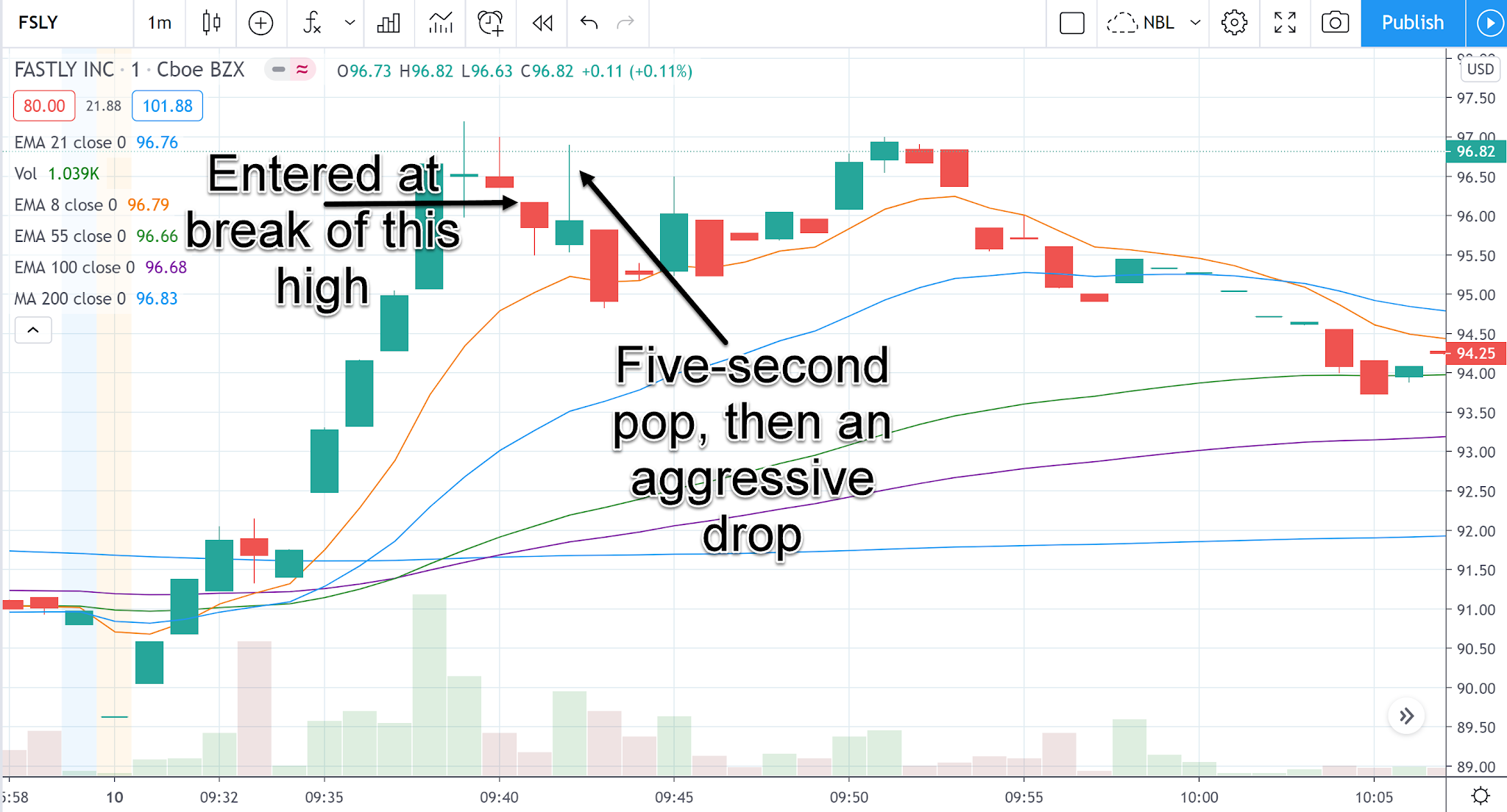 The options dropped 50 cents in eight seconds.  But by then, I had hit six targets in under five seconds!  Like I said, there is no way to do that by hand.